Marjolein Verstappen studied Non-Western Sociology in Leiden. From 1998 to 2008, she was active in the field of public health care. After two years in the board of the Rotterdam Municipal Health Service, she transferred to the Amsterdam Municipal Health Service in 2001, where she eventually rose to the position of General Director. She remained active in the health sector as an administrator for the health insurance firm Agis, and after the merger with Achmea in 2011, she was promoted to Director of Care Purchasing and Vice-Chairperson of the Care and Health division. Since late 2014, she has primarily worked to reinforce agricultural productivity and improve health care in developing countries as the Director of Achmea Foundation. She has also held several supervisory positions in the field of health care, as the Chairperson of the Board of Commissioners of Parnassia, and as a member of the Supervisory Board of both the Isala Hospital and the Amsterlland Hospital. She is also a member of the board of ZonMW and Chairperson of the national Forensic Care Quality steering committee. 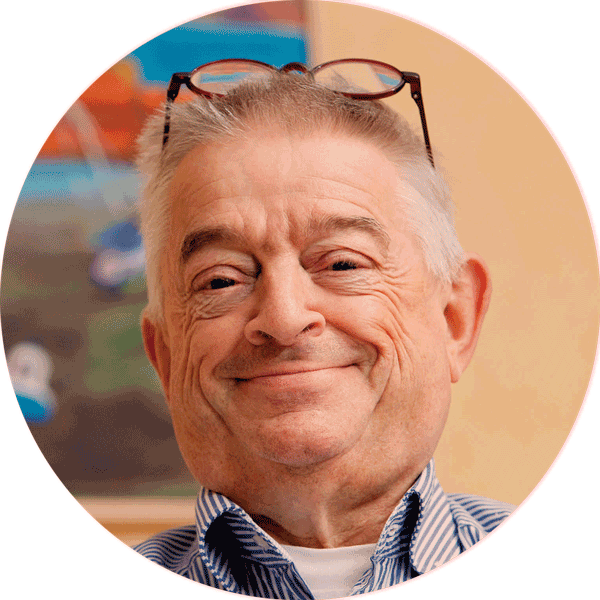 Cees Smit (1951) studied business economics at the Free University in Amsterdam. From 1978 till now, he has been member of the research project ‘Haemophilia in The Netherlands’ at the Leiden University Medical Centre (LUMC).
From 1987 till 1998 he was co-ordinator of the Netherlands Haemophilia Society, from 1998 till 2002, he worked in the mental health areaIn January, 2003 he received an honorary doctorate from the college of deans of the University of Amsterdam in recognition for his work on patient participation, haemophilia and medical biotechnology.
In recent years, he wrote several books on ageing with chronic diseases, like haemophilia and hiv. ‘Ageing with haemophilia’, was published in English in 2007. The book ‘Ageing with hiv’ is written in Dutch and was published on December 1, 2009 during World Aids Day.
In September 2015, he published together with Annemarie de Knecht – van Eekelen the book ‘De macht van de patiënt, baas over je eigen ziekte’. The book is so far only available in Dutch, but the English title would be ‘The power of the patient, boss of your own disease’. One of the issues discussed in this book is the increasing cooperation between patients, researchers and industry in the drug development process (Patient 3.0).

Ernst Kuipers trained in gastroenterology and hepatology. He was appointed as member of the Erasmus MC Board of Directors on 1 December 2012 and has been chairman of the Board since 15 March 2013.  He was educated in the Netherlands (Groningen, Enschede, Deventer and Amsterdam), and worked in Nashville, USA for several years after obtaining his PhD. In 2000, he was appointed as Professor and head of Erasmus MC’s department of Gastroenterology and Hepatology and in 2006 he also became head of the department of Internal Medicine. He was, among others, the driving force behind the introduction of the national screening program for colon cancer.

Dr. Anshu M. Gupta is employed at Gupta Strategists, a healthcare consulting firm. He has more than a decade of experience in advising players in the healthcare value chain: technology companies and suppliers, providers, insurers and other financers, and government and regulatory bodies.